DO WHAT YOU FEEL IN YOUR HEART TO BE RIGHT 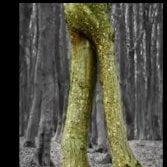