What was/is your greatest fear? 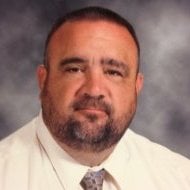