Talking to my kids about WLS 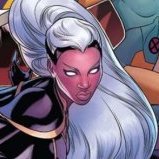 By A1220M, May 7 in General Weight Loss Surgery Discussions