May Surgeries - check in! 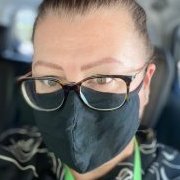