How old were you when you had your surgery? 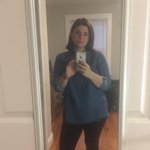