How much does Sleeve surgery cost with no Ins ? 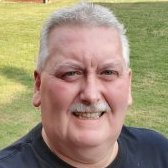