Should I be offended?! 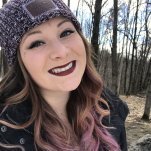