Who is sick of purees? Some fresh ideas... 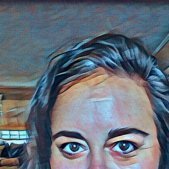 By Naughty Glitter Goddess, September 6, 2018 in Post-op Diets and Questions