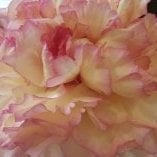 By Sosewsue61, January 21 in The Lounge