HOLIDAY CHALLENGE TIME!! LET'S DO THIS! 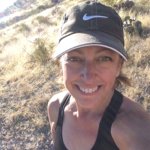 By The New Kel, November 9, 2017 in Gastric Sleeve Surgery Forums