8,269 profile views
[u]July 2009[/u]
I am sure this will sound like most of you. I have been on a number of diets over the year as my weight has swung like a pendulum. I made the decision to have surgery in April 2008 after attending a seminar. I waded through the insurance requirements and was approved after the second try. My surgery date was December 15, 2008. Counting five days preop on liquids, I have lost 55 pounds in 7 months. Looking for another 55 - 65. I am a patient of Dr. Miles at St Vincent's East in Trussville, AL.

[u]April 2011[/u]
I lost a total of 80 pounds and participated in my support group fashion show. It was a fun experience!

[u]July 2011[/u]
The doc's office started suspecting a leak in my band in July 2011 because there was blood in the syringe when they aspirated prior to doing the fill but decided to follow til next time.

[u]April 2012[/u]
The weight has been creeping back up. Yes, I know that I have responsibility for this as well as my band, but I do need my band to work properly. I am a stress eater and this has been a very stressful year. The band is not holding fluid and what is aspirated is either blood tinged or yellow body fluid. I had a barium swallow and an upper GI, both of which looked fine. My doc recommended that I have the band removed and revise to a gastric sleeve. It is an easy revision and doesn't require the follow-up of the band. The only obstacle is my insurance carrier who says "one weight loss surgery per lifetime".

[u]August 20, 2012[/u]
After four months of denials, and receiving a no right of appeal letter, I get a letter from the insurance company saying they will pay to remove and REPLACE the band. Previously they would only agree to remove the band with no replacement. I happily was rebanded on August 20, 2012. 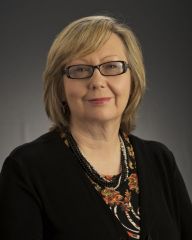