About Susie in Lima

6,613 profile views
[i]I have been battling my weight for most of my adult life. After my second child was born in 1992, I began having trouble with my weight and was prescribed a weight loss medicine that helped me lose some weight but it just came back on as soon as I got off the pills. [/i]

[i]In 2001 I began a job that required me to sit at a desk and it wasn't long until the pounds started coming back on again. [/i]

[i]I began the Atkins diet and lost a few pounds and switched to the South Beach Diet along with my co-workers for support. We lost some but it wasnâ€™t long until then again my weight came back on.[/i]

[i]In 2004-2005 my boss encouraged me to try Weight Watchers and I lost 40 pounds before applying to my current job with a missions agency. At the time of my acceptance, my weight was 160.[/i]

[i]In 2006, my family and I moved to Costa Rica to attend Language school to learn the Spanish language. During this year, I was in classes and it was a bit stressful. So during this year and my first few years on the field in Lima Peru, I [b]again[/b] gained weight.[/i]

[i]In 2008 -2009 upon the advice of my doctor, I began seeing a nutritionist and lost about 30 pounds. I ended up going to him during two phases because as soon as I stopped going to see him, I realized I could not do it on my own, and I went back until I left to return to the US for 8 months in November of 2009. I had written a list of rules and tips that I had learned during that time to assist me while I was in the US without the monitoring of my nutrionist.[/i]

[i]In January of 2010, I began attending seminary while on our stateside 8 month stay, in order to fulfill my educational requirements for our mission organization. During this time, we spent a lot of time on the road and we did not have very much physical activity because of studying and traveling, so I gained the weight back. This concerned me greatly so during my time in the US (Nov 09 â€“ Aug 10) I corresponded with my nutritionist and my doctor by email and by FB concerning my weight issues.[/i]

[i]The beginning of January 2011 after we returned to Peru from the states the previous August 2010, I began a serious exercise program and was daily exercising doing the Jillian Michaels 30 day shred video and also the Biggest Loser on the Wii. I was really enjoying it and had lost 13 pounds when I had to stop due to an injury to my foot. I continued to have problems with my foot for over a year since that time which has limited my exercise, being kept off my feet for about 2 months and thus allowing me to gain the weight that I had lost, plus more weight. Frustrated, I have been in contact with my doctor and he advised me on ways to control my diet. [/i]

[i]I approached the medical department from my mission concerning weight loss surgery at the end of last year 2011 after I spoke with my doctor because I have to get approval from them as well for any surgery. After they asked many questions and after I had completed their requirements such as seeing the surgeon, getting a medical evaluation etc, they finally approved for me on June 5 to have the surgery. I then contacted my insurance to see what documentation was necessary to submit for your evaluation and began gathering those evaluations and documents. I recently received authorization from my insurance to have this surgery and am scheduled to have it on September 11, 2012.[/i]
[size=4]
[i]I have not gone into this decision lightly. This is something that I have been dealing with for over 18 years. I am very frustrated as I look back at old photos and see the yoyo that my weight has been on. I know that my health is suffering, the weight makes me tired, it is hard to sleep and my foot isnâ€™t healing as quickly because of the weight. The positives is that [/i][i]I do enjoy exercise and I do commit to programs. I know that this surgery is not a fix all and then eat all you want. I understand that I bear a big responsibility in this and will have to continue to exercise and watch my diet and my health.[/i][/size] 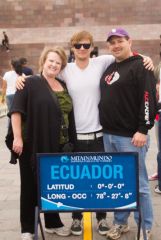