My Name is Crystal. I am 39 years old. I live in a VERY small town 30 minutes out of Spokane, WA. I have a 13 yr old son named Elijah and a FiancÃ© named David. There are the basics. Oh, and a Chihuahua named Sir Edward Valentino. We call him either Eddie or BE NICE! Napoleon complex bad!

I first thought about gastric surgery when I was 17 and found out I could get it through my insurance. At that time I wanted gastric bypass. That was the hot ticket back then. But then I met a woman who had it done and she did nothing but complain about it. And mentioned severe, constant diarrhea. That was enough to scare me off it for a while. For many, many years I looked into it and still wanted to get it done in some way. For a while I wanted the lap band. But I didn't have insurance to cover it. So it didn't happen. And as time went on I got bigger and bigger. I've always been very tall so I am used to sticking out like a sore thumb. And I'm not shy about being fat. I'm not totally mortified by my body. But when you weigh 350 lbs and have to find a wedding dress... it gets real.

A year ago I moved here from western Washington. I started working for a company called Rockwood. And a few weeks into my job I met a woman who had just had the surgery and told me it was covered by our insurance. So I did my homework. Not only is it covered, if I had it at the hospital we partner with, the write off a lot of the extra charges. So I have two insurances plus the write off. So far I have had no out of pocket cost. It's a HUGE bonus for me.

I chose Dr. Bright for my surgery for a few reasons. I had to go to an informational session before I could make an appointment. He was the one who gave the speech. He is such a soft, kind man. And so understanding. When I made the appointment and went to talk to him about it, he was just so kind. And he never made me feel ashamed. He made me feel like there was a problem and together we were going to fix it. For the first time in many, many years I felt honest to God hope. HOPE. There was criteria I had to meet to get the surgery. The funniest was the psych eval. I did it through the company I work for and they told me that because I was an employee, I had about 200 MORE questions to answer. Everything was groovy until I did the questions on the computer. I was in a tiny room with a big window on the computer and about 4 different times it asked me if "I ever felt I was being watched by someone". Well I do now! I also had to lose 10% of my weight to qualify. Which at the time was 34 lbs. That's a hell of a lot when you think of all the struggles to lose just 5 lbs in the past. But I set my mind to it and with the help of my amazing Doctor and friends, I did it. It took about 6 months, but I did it. Bit by bit. The day I hit my goal weight I was so excited I picked up the MA and spun around in circles with her. Good thing she is also my friend! It's an amazing feeling to get to that finish line. Words can't describe it.

My goal is to reach 200 lbs. Which is now only 67 lbs away. =) I'm so hopeful for the future. Next year my son will the starting quarterback on his middle school football team. I'll be able to go out and run plays with him without feeling like I am going to pass out and die. Knowing I will be healthy for him is an awesome feeling. He's been my biggest supporter in all of this. I love that dang kid so much! 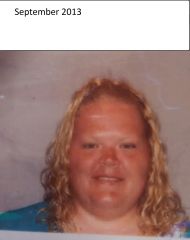 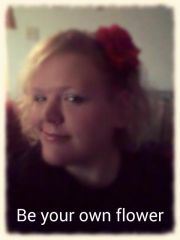