[color=#333333][font=Georgia, Utopia, 'Palatino Linotype', Palatino, serif][size=4]
[color=#2F2F2F][font=Georgia, serif]Iâ€™ve been heavy through all of my teen and adult life. I can remember adults when I was younger saying that I was just big boned and I would grow out of it, well I never did. I think it was their â€œNiceâ€ way of saying that I was a fat child. I may have been a heavy person, but I never let it stop me from pursuing things I wanted in life, like a relationship, learning how to drive, or graduating high school and going to college and graduating with my Bachelors Degree. I have tried losing weight in the past, but I never really thought I was losing it for me I was losing it because someone else was pushing me to lose it. [/font]

[font=Georgia, serif]During high school my parents had taken me to the doctors for something other than a weight issue and I ended up being put on a medication that was to help you lose weight. I was only supposed to be on it for 3 months and that was it. Once the 3 months were over with the doctor had set up the prescription for me and he was giving me them in the office. My family moved a short time after that and I never returned to that doctor. And the weight came back on.[/font]

[font=Georgia, serif]At the end of high school I met the first person I ever fell in love with and gave my whole heart to. I was with him for 6 years. And my weight was always an issue. And I would join Weight Watchers to please him and try to exercise with him to make him happy and it was never really for me. I did lose weight with it, but once I stopped going for whatever the reason the weight would come back on. Being in a relationship where I was always judged on when I slept, or napped or exercised and for how long I exercised and it never being good enough really took a toll on me. He didnâ€™t agree with my thoughts on Weight Loss Surgery, so I put the idea off, but it was always in my mind. [/font]

[font=Georgia, serif]Since the idea Weight Loss Surgery had been put off because I was afraid it would be jeopardizing my relationship with him weight continued to be an issued. We eventually broke up. I was single for about 2 years after him and in October of 2009 I met the most amazingly supportive man I could have ever hoped for in a man. He has been nothing but positive and helps me through everything, all of my ups and my downs. Around this time I started seeing a new doctor and he had brought up the idea of Weight Loss Surgery again and I had told him â€œYes, it was something that I had been considering." And we found out I had high blood pressure, I was pre-diabetic and on my way to getting sleep apnea. I had a slight case of GERD and I ended up needing my Gallbladder removed. All which are issues of me being overweight for so long. [/font]

[font=Georgia, serif][font=Georgia, 'Times New Roman', serif]Sometime in 2011 I asked the doctor about Weight Loss Surgery again and he referred me to St. Vincent Charity Medical Center, Center for Bariatric Surgery. I called and had to set up an appointment for a seminar. Went to the seminar, and that was it for a while. The insurance I was on at the time covered the surgery, but I ended up following a change in my career path and insurance was changed and so had my job; twice that year. Near the end of 2011 I made the call to St. Vincent again and had them recheck my current insurance and it too covered the surgery and I knew this time IT WAS A GO! I have the support I needed this time and this one [/font]wasn't[font=Georgia, 'Times New Roman', serif] going to stop me from getting what I want. He is the best thing that has happened to me. He supports me no matter what, even in my breakdown and cry moments when all of the emotions of having this WLS decided they want to come out. He pushes me when I need to be pushed and pulls me back when I go little too far. Heâ€™s everything I need.[/font][/font]

[font=Georgia, serif]I set up my consult with my surgeon Dr. Ben-Meir and started my 6 months medically supervised diet (insurance co. orders) in Feb 2012; I had to get my psychological evaluation (had it done in Jul 2012) done also. Aug 14[sup]th[/sup] 2012 was my last check in with dietitian before everything would be sent off to the insurance company. Approval came September 5[sup]th[/sup] 2012 and surgery date was scheduled for November 14[sup]th[/sup] 2012.[/font]

[font=Georgia, serif]At my heaviest weight I was 309lbs at 5â€™1, and through the 6 months of medically supervised diet I was able to lose 29lbs. I am right now at 280lbs at 5â€™1. I donâ€™t ever remember being 280lbs as an adult. Being able to have this surgery is going to give me the life back that I so much deserve. I so badly want to start a family but I am very scared that I will not be healthy enough to do so. I want to be able to teach my children healthy choices and be able to run and play with them. I want to marry the Love of my Life and be able to grow old with him.[/font][/color][/size][/font][/color] 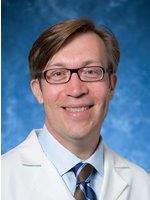 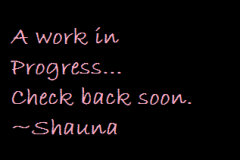