the first weight i remember was 110 lbs. i was 16. i weighed 110 lbs up until i got pregnant at the age of 18. yes...i was pregnant at 18! i gained 50 lbs with that pregnancy and have struggled with my weight ever since (ironically, my goal weight is 160 lbs exactly what i weighed 18 years ago after giving birth to my first child).

by age 22 i was at 175 lbs. and i know this because weight mattered as much then as it did now. when i was 23 i managed to get down to 150 something pounds to enlist in the military, where i lost another 30 lbs bringing me almost to my 16 year old weight.

another pregnancy at 23 put me back at 175 lbs. i was able to lose about 15-20 of those pounds while active in the service, but civilian life afforded me the luxury to be a slacker and the pounds found me shortly after my discharge.

i was consistently weighing in at between 175 and 185 for about two years after baby number two and then i met mr. right...now i'm not blaming him for the poundage that i've managed to pack on over the course of our 10 year relationship but a long courtship/engagement, family issues, work, school, financial woes, and just life in general did nothing but enlarge both of our waistlines. together we have gained over 200 since we met in 2002.

in 2005 i was diagnosed with type 2 diabetes and was told that i could control it with diet and exercise which would lead to weight loss. i failed. i went through the first line of medication pretty quickly and was placed on a second line which was effective but i could not adjust to the side effects. i quickly learned the trickiness of this disease and failed miserably at managing it. between general life transitions, my disease, and depression i left a lot to be neglected...

by 2009 not only did i have diabetes, but i had tacked on high blood pressure, high cholesterol, sleep apnea, fatty liver, and morbid obesity to my list of diseases. i was prescribed over 7 medications for all of this mess and i was 34 years old...

in 2010 my employer announced that our health insurance would cover wls. i was uninterested and full of hate. i was going to lose weight on my own. with diet, exercise, and determination i was going to finally put this weight thing behind me. i got bigger and my diabetes spiraled out of control.

in 2011 my doctor warned that insulin was on the way and we had a conversation about wls. she was surprised that we had never spoke of this before and i found that she was banded. she suggested i attend an info session on wls to get more info and she made a referral. i had my first dr. consult in 6-2011 and was still not sure that this was my path...i felt like a failure. why can't i just lose stick to a plan and lose the weight. i tried bootcamps and any number of diets out there that you can think of. success was small and never-lasting. as my disease progressed i knew that i had to make a decision and i started the classes in preparation for my surgery in 9-2011. it is hard to believe that i am less than two weeks away from my surgery... 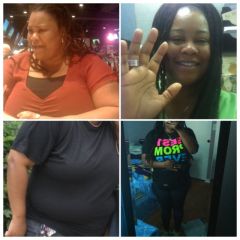 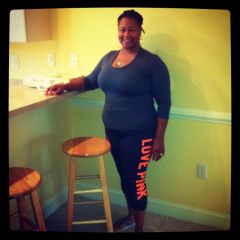