<p>This is my low bmi lapband story. I've been overweight since I was 17. I've fluctuated between 150 and 205 pounds. I've done weight watchers, weight watchers online, phentermine, 5-HTP, phendimetrazine, a diabetes exchange diet, B-12 shots and personal trainers.</p>
<p>&nbsp;</p>
<p>My moment of truth was shortly after my 30th birthday last year. I was diagnosed with type-2 diabetes and had extreme acid reflux. The acid reflux, as it turns out, was a hiatus hernia. But during the diagnostic tests for the reflux I had an abdominal ultrasound that revealed that I had a fatty liver. So I was taking diabetes medication and my doctor wanted to put me on a medication for my heart as a precaution.</p>
<p>&nbsp;</p>
<p>I have Carefirst BCBS administered through DC. I had to do a six-month diet as part of the requirements for my insurance approval process. I had an abdominal ultrasound and endoscopy during the acid reflux diagnostic process, so I had to do the psychological clearance and nutritional counseling. My plan does not require pre-authorization (nor will it process requests) for bariatric surgery that is outpatient. In-patient procedures do require authorization but it did not apply to my situation.</p>
<p>&nbsp;</p>
<p>I weighed in at 205 pounds before the surgery. I lost 27 pounds before the procedure. I lost around 3 pounds in the couple of weeks after the surgery. I have lost a few pounds between August and December. But since December 2011, I have starting losing again. I'm at 161 right now. My interim goal is 149 pounds, the weight I was when I got pregnant with my second child. My final goal is 140 pounds. I wanted to be a BMI of 21 before I ended this journey but I've decided for a healthy 25.</p>
<p>&nbsp;</p>
<p>The surgery was pretty straight-forward. I had a 23 hour stay in the hospital. I had a lot of gas pains after the surgery and I was miserable for 5 days. I took a week off from work. A heating pad was helpful during those times.</p> 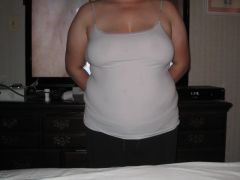 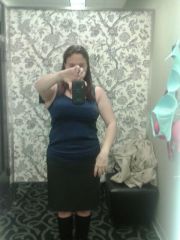