2,428 profile views
Hi.  I found this site through a post made on My Fitness Pal. Apparently, that's like only a place to log meals if you're a WLS person, not a place that WLS people get together to talk...who knew!? I'm hoping that this site will answer questions I don't know I have and give me a clue of what life's going to be like after I have surgery. I'm kind of shy, but I'm going to give this a try. I'm also a contradiction in terms as I do tend to talk a lot. Shy people don't usually talk a lot, but I do. I just have a hard time being the first to start a conversation. So...my story....

Like a lot of people, I have struggled with my weight for my whole life. It has been one diet after another since I was 9 years old. At 9 I was obese and it was discovered that I have hypothyroidism. I was put on thyroid medicine and put on a strict 1200 calorie diet. I'm not sure if that diet worked very well or not. My mom swears it did, but I still ended up putting the weight back on later. I've tried Atkins, Ally, Blood Type, low fat, low carb, diabetic, weight watchers...you name it. I think I've even tried the cabbage soup one. At 18 I was 5'2" and 145 pounds. I felt great, even though I was still 30 pounds overweight. I rode my bike all the time, hiked, mountain climbed, and danced (even though I can't two step worth a hill of beans!). Everything went down hill when I got a car after I turned 21. Not being as active every day and still eating the same sent my weight soaring. I ended up at 198 when I got pregnant with my first son at the age of 24. The good news was I was only 218 when I had him. The bad news was I never lost any of that weight. I just kept gaining.

I started researching weight loss surgery years and years ago. At the time there were three things holding me back from going to step 2...My husband, my mom, and my insurance. My husband flat out refused to allow me to have the surgery. I tried talking to him so many times about it and he would always tell me that he wouldn't allow it and give me what seemed like a million reasons why I didn't need surgery. The biggest reason being "You don't need surgery to do what you need to. You just need will power!" Yeah....right...will power....why didn't I think of that?! He didn't even like me doing Atkins. He bet me a set of Calphalon pots and pans that I couldn't lose 50 pounds on it though. If I lost 50 pounds on the Atkins diet then he would buy me a set of Calphalon pots and pans. I love those pots! 15 years later and they are still great! LOL! Despite the loss and getting down to 220 pounds, stuff happened and I reverted back to my old eating habits and gained all the weight back. So, I sat at 286 for a long time. Losing and gaining the same 20-25 pounds over and over.

After my husband died three and a half years ago my weight ended up going up to 310 pounds. I knew that I had to do something or I wouldn't be around to see my grandkids be born. Even worse, I may not be around to see my two youngest kids graduate high school or college. So I went back to researching weight loss options. I got me a Fitbit and the Aria scale in July of 2015 when I started to get serious about losing again. 258 is the lowest I've gotten since then despite my best efforts to stay on track. It's really hard when everyone around you is making it twice as hard or harder than it should be. The conversation usually goes something like this...

Mom!  I dropped another 5 pounds! I can't wait til I'm skinny!

That's so great!  I'm so proud of you!  I made some brownies today...you want one?

No thanks, Mom. I'm trying to be a good girl!

I know you are. And I'm so proud of you. But you deserve a treat once in a while. Here...have a brownie. One brownie is not going to throw you off your diet.

And I end up eating the yummy, chocolaty, chewy, delicious brownie. Savoring every crumb. And then the same thing ends up happening a few days later. Or my kids are horsing around and literally shove a cookie in my mouth (yes, my oldest did that to me last month) or my youngest decides that mommy really needs chocolate and gets me a piece of chocolate and sets it next to my bed to make me feel better. I really don't know how I'm going to make it through this with all these obstacles.

So I had looked up whether or not my insurance would cover bariatric surgery back when I had gotten it and found out it would. The next step (since I had two obstacles out of my way preventing me from having it done) was to convince my mom that this was something that I wanted and needed. I talked to her a lot. She was always adamantly against it. "That's so risky! I know people who have gotten really sick after having that done!"  I had explained that I personally know 5 people who have had bariatric surgery and only 1 of them has ever had any complications and that was because she was allergic to the LapBand. Well, as luck would have it, when I was at my orthopedic doctor having physical therapy for a messed up shoulder I noticed a flyer in the rest room about a weight loss seminar that night up at the hospital. I asked my mom if she'd like to come with me to find out more about the options and what it was all about. (I had actually already watched an online seminar from the office that I had already decided to go with though). She said yes (and so did my daughter). So the three of us went to the seminar that night. Afterwards my mom said that I really needed to have the surgery and that she was nervous about it (who wouldn't be) and she was glad that I was going to do it. Thank you Lord!

So, in September for my birthday I gave myself the gift of the first $80 toward my weight loss surgery and scheduled my first appointment. Because of my schedule and theirs, I couldn't get in until November 4. According to my insurance I have to have 6 months supervised weight loss before I can have surgery. This month was month 3 of that even though three of the people I saw that day thought that it was my last appointment before surgery. LOL. I asked if they were trying to get rid of me so soon?
So, there's been lots of tests. And lots of breath holding. Lots of falling off the wagon. And lots of attempting to get back on the wagon that seems its moving three feet for every step I take.


I'm supposed to have a gastric bypass done either the end of April or the beginning of May. (Happy spring for me!) They said that they may have to do a gastric sleeve, though, because of all the surgeries that I've had in the last 18 years. (This will be #11 on my stomach area) I'm nervous about it. Mainly because I'm scared I won't be able to stick to the food restrictions since I'm already having such a hard time with sticking to things now. Anyway, I am still very much looking forward to the help that having surgery will give me. I'm hoping that it will be the little push I need to help me stick with it. (wow...I just heard Hagrid in my head) 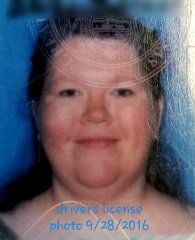 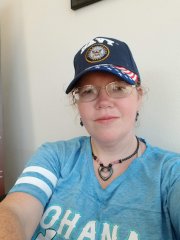