[color=#282828][font=helvetica, arial, sans-serif]
This January I had a life changing moment after climbing only 2 flights of stairs at the hospital where I work, but before I explain what happened let me tell you what I do for a living and introduce myself to everyone officially. I am a female who is 5'8" and 39 years old and have been overweight since I was about 9 or 10. I am a critical care RN and I am on the rapid response team, that means that if a patient in the hospital has a major change in their condition I am called to the room to quickly assess the patient and treat the problem emergently in order to stabilize the patient while the doctor is called. It is basically like calling 911 in the hospital. So to get back to what happened, I was called to a room on the 4th floor but I was on the 2nd floor at the time so I took the stairs to save time. By the time I reached the 4th floor I was sweating, sucking air and dizzy, basically felt like I was going to pass out. As soon as I walked into the room I knew the patient was not breathing adequately on her own and she was not responding so I took over her breathing by using a bag/valve mask with oxygen to force air into her lungs while the respiratory therapist was preparing to place a breathing tube into her lungs. All of this is very demanding both physically and mentally. It was in that moment, trying to catch my own breath while giving her rescue breaths that I felt for the first time in my life that I had to make a huge change. Anyone that knows me understands that I would give my own life to help someone truly in trouble and here I was on the borderline of not being able to even help myself. To say that this really tore me up mentally is an understatement as I hope you can imagine. This was my moment of deep clarity, I saw my future and it included me as a morbidly obese patient being taken care of in a hospital because I couldn't take care of myself.

This has been such a whirlwind of an experience so far so let me describe the other events that led me to the decision to have wls. I always considered myself to be healthy and strong up until about 2 years ago when I first started having some shortness of breath with activity and pretty much staying tired all day. For the first time in my life I could see that I had started the slow decline of aging but I still did not see it as a weight related problem. Like most everyone else I have been on every diet known to man and would be somewhat "successful" but would always regain the weight within months. I would diet with the only goal being to "look" better. My highest weight was 275 pounds when I was 25 y.o. and my lowest adult weight was 175 but that only lasted for a few months. My typical weight has hovered between 230-250 most of my adult life. I had considered bariatric surgery several years ago when I first heard about it but quickly dismissed the idea because I saw myself as healthy and the thought of long-term vitamin deficiencies or malabsorption scared the hell out of me. I am an expert at losing weight but I can only maintain the correct eating pattern for a while before the nagging hunger gets the best of me and I fall off the wagon. Once that happens it is on like Donkey Kong, lol...I rapidly redevelop the all of my old cravings for sweets and carbs that have been with me for as long as I can remember and I lose control.

It was at the same time that I had the scary experience at work that my job announced on the intranet webpage for employees that they were implementing several different weight loss plans for everyone that wanted to participate. One was a 20 week medically supervised exercise program with a personal trainer session each week and at the bottom it listed bariatric surgery. I clicked through and read all of the options and was seriously thinking about starting the 20 week exercise program and becoming serious about eating healthy. I then clicked the link to read about the bariatric surgery thinking that I would just see what it had to say. I was immediately blown away when I read about the sleeve, it overcame all of the objections I had about wls. I could literally not read enough about it over the next week, I devoured every piece of information I could find. After that week I had made up my mind that I needed a sleeve so I could take charge of my health along with the medically supervised exercise program. So at that point I started down both paths; wls and exercise.

I attended the information session 2 weeks later on February 6th and had my first appointment with the surgeon, Dr Jawad, on February 8th. March 25th, I received my official approval from my insurance to have the surgery! My surgery was June 5th, 2013!
[/font][/color] 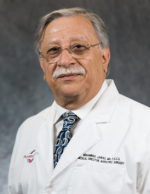 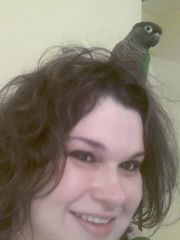