Well a story about me.... not reall that interesting but I you are interested I will tell you. My name is Nayelli and I'm 25 years old. I'm Mexican born and raised until the age of six and them moved to the states back in 1993. My weight gain story start a little befor that. I'm the 5th of six children and I was the baby back then. One day we came to the staes when I was 4 years old why? I can't recall I do remebr however that my mom worked in a house as the houesekeeper and I stayed with her. On the wekends we would go and stay at my aunts house. I remebr that I did no tlike nay of the food that we ate in that house I guess because I was just not use to "American Food" the only hting I liked was sanwhiches so it began. My mom would only feed me that because if not I would not eat so she had to give in. She worked there for four months and then we moved back to Mexico becuase two of my older brothers went bak so we all went back to Mexico. I don't know how much I gained but it was a considerable amount however in the next year and a half I slowly started losing the weight again so all was good and awsome.

So a year and a half had goned by Mexico had gotten a new president and for a couple of years my dad had been really stuggling because of the economy until it was unberable. We had never had economic problems I mean we were not by any means rrich but we always had what we needed and more. My dad business went sour so we came back to the states fo the so called " American Dream" well not so much because was to be here a year and go back.. yeah so that did not happen. Anyway back to the main point I remebr we were a bif family and well we had been struggling so much fo rthe last 2 years even with food that I recall eating nothing but tortillas for a whole week becuase we had no money to buy anything else. In Mexico if we ever ate a sanwhich, or ceral or something like that I personally thought it was a special day. I can only remeber the bad times my older brothers ans sisters remeber the good times. So when we came to the states well there were jobs and money and I wasn't the baby anymore my mom had had my sister ( she was the accident LOL) we went crazy we would buy donuts, everything to make sandwhiches,juice, candy, etc. whatever we wanted food relatd we could get. However only I started gaining the weigh again. My mom feels guilty she thinks it was all her fault but I don;t think so. She did tried to get me to exercise I never wanted to eventhough I did try. The first time I herad the word diet I was six years old and so for the last 20yrs or so I been trying to lose the weight. I have tried so many things its so crazy. Diets, exercise,pills, weird beverages, etc. It's been like a yo-yo all my life up and down mostly up. So it happened last year at the gym scale said 408lbs I realized right there and then that I did in fact had a heart because it broke into a million pieces. I tried to lose weight and I did 20lbs in one month and then I feiled again. I did not think I could get bigger but I did. So the damage was 445lbs =( so yeah you can get bigger you always can. I did not over eat but I did have bad habits. I skipped breakfast and I would eat around 2pm. I hate cooking so I ate once ot twice a day but it would be fast food. I did not exercise an di dra coca-cola like crazy. Yes, regular full fat coke is my weakness. My only weakness but it was enough to ge tme this big. I blame me, myself, and I. This will be hard but I will suceed! No and, if, and buts about it. ;-) 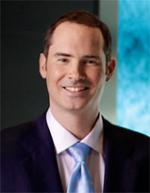 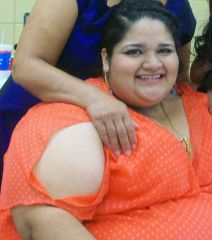 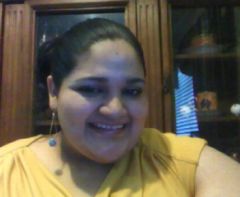