[color=#282828][font=helvetica]The "nutshell" version - I'm 28, 5'9" 259lbs, married to an amazing man and my best friend for 5 years, mother to the BEST little boy on the planet!, photographer, biker, and patient advocate at True Results in Austin Texas.[/font][/color]

My whole life, I was always on the large side. At first it was just "large for my age". At 12, I looked 17 - and not b/c I wore too much makeup. I was just tall and a larger bone structure than other 12 year olds. But that's when it started... since then, my pants-size has matched my age. (That's the first time I've actually realized that... just slapped myself in the face a little...)

My husband and I decided we were ready to start a family. Neither of us believed a 300+ pregnancy would be healthy for me or a baby, so it was time to make a serious change in our lives. We had both tried many many diets, exercise plans, lifestyle changes - whatever you want to call them. The most lost was 20lbs and every time we gained back more than was lost.

After learning we did not have bariatric insurance benefits and could only afford one, we decided it would be wiser for me to have the Lap Band procedure so that we could get pregnant sooner than later. Little did we know, that pregnancy would happen only 3 months after surgery!!

I had my Lap Band surgery on June 22, 2012 and found out I was pregnant on September 25, 2012. Throughout my pregnancy, I continued to lose weight. My band mostly controlled my portions (I was NOT in the green zone) and I did my best to make healthy choices for me and my baby.

At my one year Bandiversary, which was 8weeks postpartum, I had lost 76lbs. But the life of a new mother is not exactly easy!! I struggled with breastfeeding and ended up exclusively pumping for 4 months when my son would latch on properly. This caused post-partum-depression that we did not catch until after my son's first birthday. When I had to start working again, I was a manager at Pizza Hut. And on top of that, I could not afford any band aftercare adjustments.

I felt like I was spiraling out of control. I was eating whatever, whenever. If it got stuck or came back up, I'd continue eating as soon as it passed. I added carbonation back into my daily intake. But the scale didn't reflect it. For almost a year, I weighed the EXACT same... 253.6. It wasn't until AFTER I stopped working at Pizza Hut that I started to gain. My highest reaching 265.

In April 2013, just before my son's 1st birthday, I was offered a job at True Results of Austin.

Most people would think banded life would be easier with the constant support. And in most cases, that would be true. But for me, I felt over-scrutinized - like right after surgery when I was afraid to tell people I was banded because I didn't want to hear their opinions. Of course, that was not the case. The staff is extremely supportive and never gave me judgemental looks or comments. But I would still find myself hiding food and eating in secret like I did years ago, before surgery.

Of course, this caused a dilation.

There is nothing like a problem with your band to force you to face reality. So here I am. Back on the Band Wagon. Going through the emotional-divorce from food/eating. And surprisingly, loving every minute of it!!

Disclaimer: As a more experienced banded patient, I am extremely willing to answer any questions and help anyone with their journey. Remember, I am human. I make mistakes. And am in this journey with you! Experience doesn't mean I'm an expert!! 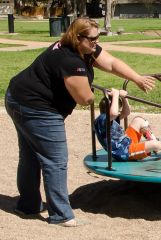 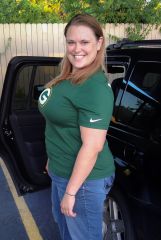