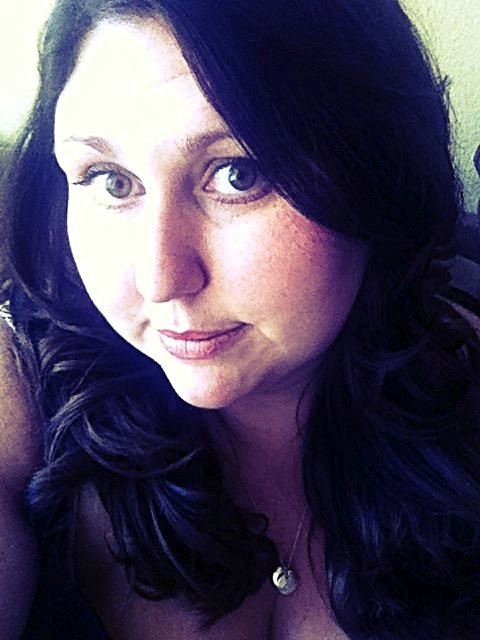 As of today I am 29 years old and 35 pounds lighter than I was a month ago... but what got me to the point of having to have the sleeve? Well let me lay it out for you...

I have always been fat...from the day I was came into this world I always had more padding than was needed! My parents and sisters are both extra fluffy as well so growing up I didn't realize how different I was or what I was missing out on or not doing because of my weight because being around my family I seemed normal...I never really got teased in school for my weight, there were occasional times where kids would tease me..one time I walked past a girls desk and she started shaking like there was an earthquake. I grew up in Arizona where there aren't earthquakes, the thing is she was the same size as me so I tried not to let it bother me.

Then there was the time when I wore a red shirt and kids called me the kool-aid man. After that I started wearing blacks, grays, browns, darker colors that never really brought attention to myself.. wow I just realized as I wrote that why I tend to still to this day wear those colors and shy away from anything bright!

In middle school my mom had me do weight watchers in the summer, I lost a good amount of weight, but I was still chunky, by the end of the school year I had gained it all back and then some. The thing is, I still wasn't bothered by my weight. Boys were interested in me and had been since the 4th grade, but that probably was because I was the only 4th grade girl that was already a full B cup..

In high school I always had a boyfriend, it seemed that was not an issue that my weight let get in the way. There were even times when I had a few boys interested in me at once, by the end of high school I was already in a size 18/20. But that didn't seem to bother me or stop me from doing anything. My weight was something I felt would never stop me from doing what I wanted. I was happy and that is all that mattered.

I started college and the same thing, still had boys interested in me. Met boys in classes and made me feel like there wasn't anything wrong with my weight. I always heard people say oh boys won't like you because of your weight, but to me it wasn't an issue. I seemed to be the serial fat girl dater. After a few years of the college life I decided to move away from my family and all I knew in Arizona. It was time to branch out and I felt as though I was going no where in this town...

So I packed up my car and moved to San Diego at the age of 21. A city that I loved, though didn't know a single soul in. A big move for this girl who actually was shy! You wouldn't have guessed that with all that you've read so far, I bet

So I started a new job, had my own place and that's when I realized that being fat, was being fat and there was nothing good about it. Living in California and a beach city to top it off there were beautiful girls everywhere.

Going to the beach I felt like a beached whale and that everyone stared at me... but then again I started meeting men.. they were interested in me and I thought wow if they are interested in me and there are those barbie girls out there then I am doing ok. I did start to work out and eat a little healthier, tried to get into the California lifestyle.. But even working out and eating right didn't seem to matter my weight stayed the same and eventually I gained more and more.

I had a few serious relationships, one right after another and they all loved me for me and thought I was beautiful no matter what size I was. I was always told I had such a pretty face, so again never let my weight get to me. I've done walks and the more weight I gained the more the simple things became harder...

I would determine if I would go somewhere based on how far I had to walk, if there were stairs, how crowded it was. I wouldn't go to a restaurant unless I knew there were tables instead of booths for the fear of not being able to fit into a booth.. Now I mention that the men I date were not fat, they were in good shape some in great shape with six packs!

I really started to become self conscious of who I was, what I looked like and who I had let myself become. My older sister had the lapband, lost a lot of weight but then had issues with the band and is slowly gaining the weight back. I started doing boxing and kickboxing at a boxing gym and loved it. I struggled but made it through every single hour long class!

Weight loss surgery has been something that I've thought about, but always thought I know I can lose the weight without it.. it will be my last resort! Then I met this new guy,... and we fell in love and got married! Going on just over a year right now. He is amazing, but he is fit, very active and health minded. That didn't seem to bother him, he always told me I was beautiful and loved me no matter what..

Then we decided we wanted to have children.. the thing is I hadn't had a period in years... I mean probably since I was in high school and college... and now I was 27 years old. I know what needs to happen to have babies... I was scared to tell him that I didn't have one and that I knew right now I would not be able to get pregnant. I so went to my OBGYN and started talking to her. She put me on medication to force me to have periods every 3 months... it worked, but still I was not ovulating. So she sent me to an endocrinologist.. and there is where I realized for one of the very first times in my life being fat is taking something from my life that I wanted so badly.

So they found out I had PCOS, a condition you get being overweight that causes you to resist insulin, you don't ovulate you don't get your monthly cycle. I felt like I was the only woman in the world who wanted to have regular periods every month! So they put me on medication for it to help me lose weight and get my cycles back.. well I never happened. I was thinking about weight loss surgery again, after all it would get me in the best position to have children the fastest. But I was worried too.. what if it doesn't work? Then I have tried every option possible and I am still left fat and childless... then will my husband still love me?

Then the true nightmare began... as I mentioned my entire family was over weight. Well as the years went on my mother was extremely overweight. She was 55 and struggling so much she was in a scooter..... my mother became very ill very fast.. she went to work on A thursday and became so ill that Saturday my dad took her to the ER. By the time I got into town, I knew I was going to lose my mother. Sunday morning at about 5 am my mother passed away. Her weight was the factor, they thought she had arthritis, which is why her back hurt and she had a scooter. Turns out it was kidney failure, and my mother had an infection and became septic. There was nothing that they could do for her in the hospital.

My sister and I lost our mother, our father lost his wife, my grandmother lost her daughter and her siblings lost their sister.. because of weight. That scared me because I was heading down the same path.. was that could to be me in 30 years? This happened June of 2012..

Then I had a dream a few night later... We were all back at the hospital and my mom was laying on the bed, she suddenly woke up and said, " Now that I'm ok, we all need to work on getting healthy". That was my breaking point, my vow to do whatever I had to do to live a long healthy life.

So I went to my Dr and said I want to do surgery, I went to the seminars and decided that I wanted to do the vertical sleeve. It was the best option and I have a little over 200 pounds to loose.. I was ready and willing to sacrifice anything to get my life on track. Being that I had already been going to the weight loss center I only had 2 more months until I could qualify through insurance since they required 6 months of visits..

So two months later my surgery date was set for Sept 14th, 2012. And I was ready. Insurance approval went through easy and I was set! Surgery day came and I still didn't feel like it was going to happen. My surgery went amazing, no complications I was on the table an hour. My recovery was just as great, I was discharged the next day by noon. I was at one of the best hospitals possible so I knew the care I was getting was what I needed.

Now here I am almost 4 weeks later and 35 pounds lighter. THis was the best decision of my life and I don't regret it. The only thing I regret is not doing it sooner. Maybe even sooner so maybe my mom would get to see how life changing it was and maybe make the decision to do something about it herself.. then maybe just maybe I would still have a mom... As today marks 4 months from the day she was taken from us all too soon..

So next time I think that being fat doesn't mean anything, I will think again because to me fat is no longer an option or a lifestyle.. it is going to be the old me, the me who really didn't think about what it was doing to me or my family.. Fat made me who I am today and without being this way I probably wouldn't have met my husband, but it also took my mother from me...

So here is to the start of the new non-fat me... seeing where this journey takes me. I know that wherever it does I will not be needing to ask for a seatbelt extender any longer