Is Weight Loss Surgery for Me? 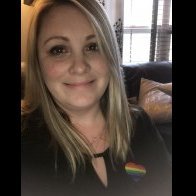 By gch81kb, May 16, 2019 in General Weight Loss Surgery Discussions