I had a horrible year of 2013, I wanted to lose weight but I kept gaining instead of losing.

A quick flashback:
I had lapband surgery in 2008 and had it out in 2011 due to ongoing and increasingly severe problems. I lost weight during that time due to illness. But then I got too ill. I was sick from 2011-2013 due to a series of issues: severe anemia requiring iron infusions, multiple surgeries, sub-clinical mono (long-lasting), severe (grade 4) high ankle sprain. After all of these events and a terribly abusive relationship I had regained most of the weight I lost through vigorous exercise and a severely (500-600) restrictive diet.

Fast forward:
I spent time in November and December researching the gastric sleeve and the most efficient pathway there. I found Dr. Aceves in Mexico and decided to go for it. I'm already glad I did.

For those three years of being sick I had an ongoing pain in my side. I attributed this to scar tissue from the lap band that was impacting my liver in some way (tests showed minor problems with my liver but revealed no cause). Call it woman's intuition.

I'm only 8 days post-op so this is just a quick progress report. So far I have lost over 12 pounds since day of surgery. I was so afraid to get on the scale that I avoided it for most of the Fall and Winter. I had promised myself to never get above 300 again. I can't get into two-derville fast enough!

Right now I'm struggling with sleep and fluids (just like everyone else a week out from surgery). My goal is to lose 60 pounds in the first three months and then hoping for 15 pounds each month thereafter until the 6 month marker, anticipating stalls here and there and then 10 pounds a month until October.

Despite a relationship troubles and a busy job, I'm optimistic I can do it this time. Thanks for everyone on this forum, you are my support system! 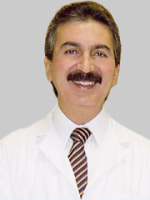