<p>&nbsp;&nbsp;&nbsp;&nbsp;I was banded April 11, 2008 by John Bagnato at Palymra Surgical Center in Albany, Georgia.&nbsp; After reseraching the Lap-Band and talking it over with friends that were banded and this website, I decided out of all of the surgeries that banding was my best option.&nbsp; It&nbsp;took a about a month for my insurance company to approve me for surgery.&nbsp; I was 271 on my first visit to Dr. B and 259 on a sugar busters diet the day of my surgery.&nbsp; I was home at 1:00 p.m. the day of surgery (went in at 6:00 a.m.).&nbsp; Recovery wasn't too bad, had the gas pains and general soreness and was back to work within four days.&nbsp; When I went for my first fill, I was told my port had flipped, so I had to have port-revision in July 2008 before I could start getting restriction.&nbsp; After a couple fills and one unfill I finally found my sweet spot and the weight poured off...</p>
<p>&nbsp;&nbsp;&nbsp;&nbsp;I utilized the local support group and started an exercise regimine.&nbsp; I ended up getting down to 214 pounds by November 2008 when I was able to complete a 5k.&nbsp; I found out the summer after my surgery, my marriage was falling apart.&nbsp; I ended up filing for divorce in 2009 and moved from Georgia back to Florida to be near my friends and famiily (I'm originally a Floridian).&nbsp; What didn't occur to me would be my follow up and being so far from my surgeon for follow up.&nbsp; By December 2009 I had developed pneuomnia and had reflux issues.&nbsp; I went to Dr. B to get an unfill and decided I needed a doctor closer to me for my follow-ups and in case of an emergency.</p>
<p>&nbsp;&nbsp;&nbsp;&nbsp;i reserached the web and even got out the yellow pages.&nbsp; Called for weeks to find a doctor that would accept an existing Lap-Band Patient.&nbsp; It was very difficult.&nbsp; I ended up finding a Center of Excellence in Pensacola and began seeing Dr. Nye in November 2010.&nbsp; He was appauled that my port was in my chest (stitched to my left breast mucle) and told me he would like to move it to the abdomin.&nbsp; We decided to leave it since it wasn't giving me any issues.&nbsp; I shouldn't have waiting...within a month I began having soreness and pain in my port area.&nbsp; In March when I went back for my second fill he couldn't access my port.&nbsp; I had gained so much weight (up to 283 at this time), and I believe it has slipped - he couldn't access it.&nbsp; After 20 minutes of pain and frustration (on both our parts), he decided to schedule port revision.&nbsp; I got a call the next week from his office saying that insurance approved the revision, but I had to wait until my insurance pre-existing condition phase had passed (which was end of June).&nbsp; I began having sharp pains in my port area when I ate and also my band tightened up on its own, I began having serious gerd issues and he sent me for an Upper G.I.&nbsp; They found my esophogus had stopped working (no longer dialated) and I was having erosion issues.&nbsp; So I was told two months ago - the band now has to go.&nbsp; I began reseraching other alternative Weight Loss Surgeries and decided on the Sleeve.&nbsp; I told him what I wanted to do and he told me directly he didn't believe it would be benficial for me.&nbsp; It has the highest complication rate of Band Revision to other WLS - and flat out said no.&nbsp; He said he would do RNY revision.&nbsp; So after tons of research online, talking to his patients that have had the revision done, looking at the forums - I've decided on RNY.&nbsp; I have joined the site Alex setup at <a href="http://www.rnytalk.com">www.rnytalk.com</a> and hope to hear from my insurance company soon on their decision.</p>
<p>&nbsp;&nbsp;&nbsp; I had my revision surgery on August 1, 2011 by John David Nye at Baptist Hospital in Pensacola, FL.&nbsp; I'm a little over three months post op and down almost 60 pounds.&nbsp; I had a tough recovery, the first two months were hell.&nbsp; I truly beleive it was due to it being a revision and an open surgery at that.&nbsp; It took me a long time to heal and for the drainage to stop.&nbsp; Once I healed though it has all be downhill.&nbsp; I'm averaging about 3-4 weight loss a week and have gone from a size 24W to 16M...the best part is my energy and health are 200% improved.&nbsp; My only regret is that I didn't have RNY to begin with.</p>
<p>&nbsp;&nbsp;&nbsp;&nbsp;Everyone is different, every surgeron is different...I know the band works for many many people.&nbsp; Follow-up is key with your doctor to be successful.&nbsp; Life and starting a new life (without infideility and negativity) got in my way.&nbsp; I'm confident I will be successful with RNY.&nbsp; I hate the band didn't work for me...I wish you all the best success...</p> 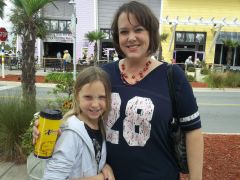