2,278 profile views
I originally had the Lapband surgery back in April of 2010. I never could get the band to work for me. Then it turned out that I was told I had the small band, when in reality, I was given the large band. Then we moved from that town to Savannah, GA. That was the best move. I ended up finding a new surgeon in Savannah. I would tell everyone to go to him. He is the best! He removed my band and did the gastric bypass (RNY) in one surgery. That was October 2014. Just 4 hours after the surgery I was up and doing laps around the hospital. I felt new. I didn't hurt like I did with the Lapland surgery. I knew it was the best decision. Oh, and when I had the Lapband surgery, I woke up wondering what in the world I had done to myself. But I knew the RNY and I were going to get along great. Exactly two months to the date after my RNY I did my first 5k. It was a run/walk 5k, but I did it. I felt so accomplished. Then a couple of months later I did the ColorVibe with friends and family. That was so much fun. I haven't lost as much weight as I would like to by now, but I have to admit, I haven't been on my best behavior. Three months after my surgery we ended up moving to Alaska. That move took us three months. It was not easy eating while on the road and living in a hotel. But now we are in our house and I'm getting back on track.

If anyone would ask me, I would suggest the RNY over the band any day. I've heard people say "But it's so permanent". I said it too. But when you think about it, the band is there until someone goes back in and cuts it out. I got sick more with the band, and I know many many people that the band just doesn't work. However, with the RNY, it's a one surgery deal and I was on my way to success. Less physical pain for sure. And over all, a lot less mental stress. Not losing weight with the band takes a toll on your mind. It sent me into a deep depression because I wasn't losing like I should have. I am very happy with the decision I made to switch over to the RNY. It has saved my life. BTW, no more hypertension or meds. Just vitamins :) 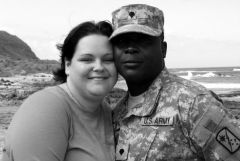 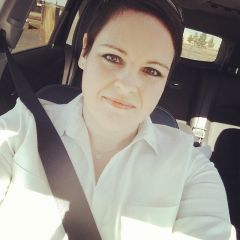