Resolving To Stop Making Resolutions and Instead Set Better Goals

It is now five days into the new year and if you’re like many people, you may be having some difficulty sticking to your resolution to lose weight, improve your diet or increase your exercise. Many studies have been conducted on New Year’s resolutions and the research suggests that approximately 20% of people have broken their New Year’s resolution within a week and that almost 90% fail to keep their resolution for a full year. There are many reasons we struggle to keep our resolutions, including problems with the very concept of what a resolution is as well as how we go about trying to achieve them. 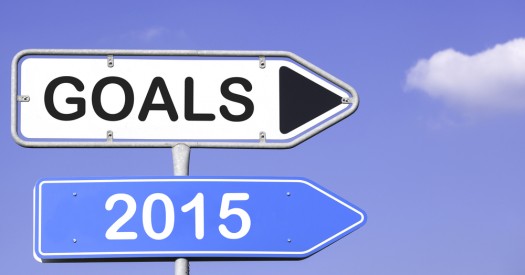 What is a resolution anyway? A resolution is a formal expression of opinion or intention. It is kind of like saying “I intend to lose weight.” Many a famous quote has included references to problems with “good intentions,” all of which conclude that good intentions are of little benefit without follow through. The concept of making resolutions is an ancient one, often involving making promises to a higher power. In modern times, the resolutions we make on New Year’s Day are typically ones we make to ourselves. However, whether we call them resolutions or promises, they often become dashed hopes and dreams that crumble within a few weeks. To keep to your resolutions, you’re going to need a really good plan. Fortunately, there are well-studied methods to increase your chances of success.

The first, and perhaps most important question to ask yourself is, “Am I really ready to begin?” This may be the #1 reason New Year’s resolutions fail…you simply were not mentally prepared to start. Think about it for a second. Why New Years Day? Sure, it’s a new year…a clean slate…a fresh start….but it’s silly to assume that just because 2014 has become 2015 that you’re magically prepared to make the big audacious changes that resolutions generally involve. Ask yourself how confident you are that this time you’re going to be successful. Are you 80% confident, 50% confident, even less than that? Have you prepared? Do you have a well-conceived plan? If you’re not very confident, it makes more sense to dedicate more time to thinking about what has and has not worked in the past and what needs to be done differently this time. It would be much better to have 80% confidence and start on your resolution on February 1st than to start today with 25% confidence.

If you are confident and feel ready to go, begin by eliminating the concept of resolutions altogether. Remember, a resolution is only an intention or a promise not a plan. Instead, think of setting goals. There’s a great deal of research on how to set better and more achievable goals. A common acronym used for well-set goals is “SMART,” which stands for goals that are: Specific, Measurable, Achievable, Realistic, and Time-based. So let’s use America’s number #1 New Year’s Resolution, losing weight, as an example.

Specific could mean identifying the actual amount of weight you intend to lose. It could also refer to specifying exactly what foods you intend to increase or decrease in your diet. Better than saying “I will eat less fried foods,” would be saying which specific foods you intend to eat more of in place of fried foods. Perhaps saying “I plan to eat 7-10 servings of fruits and vegetables every day and no more than 5 servings of carbohydrates per day.” Now that’s specific!!

I would argue that it is much better to focus on changing your eating behaviors like the ones just described rather than focusing on numbers on a scale. While weighing yourself on occasion may be a necessary evil, it is one that causes many people a tremendous amount of emotion including anxiety, self-loathing and others. Believe it or not, you can lose weight successfully without ever stepping on a scale. Your pants, skirts, suits and blouses will be more than happy to tell you if you’re moving in the right direction.

Measurable goals are those that involve numbers. Rather than saying “less” or “more,” use numbers as I did in the example above regarding fruits and vegetables. And if you are someone who feels strongly about stepping on the scale from time to time, that’s a number too.

Achievable and Realistic goals are those that consider where you are starting from and what is reasonable given your track record. Rather than shooting for huge audacious goals, think about what you can really commit to doing. A major reason to set small achievable goals is that you get rewarded and feel good about your accomplishments more often. If you feel strongly about a target weight, start with a number that is 5-10 pounds away rather than one 25 or more. If your goal is to lose 5 pounds, you get to feel good 5 times on your way to 25 pounds. If you only feel good when you hit 25 pounds, you only get rewarded once and might lose your motivation along the way.

Regarding changing your food choices, if you rarely eat more than one serving of fruits and vegetables per day, setting the goal at 7-10 servings is probably not going to work for you right away. That’s a nice goal to strive for down the road, but it probably makes more sense to shoot for 3-5 at the outset. Even better would be to think about what fruits and vegetables you like or that you think you might like and go from there. Some people can’t even think of 7-10 fruits and vegetables they like! You might just start by trying a few different ones each day to see what’s realistic for you. In that same line of thinking, a great goal might be to commit to bringing two pieces (or small bags) of fruit to work each day. If you have a banana and a small box of raisins with you every day, you’ll be more inclined to eat those than going to the vending machine.

Time-based goals have deadlines built in. “I’d like to lose 25 pounds by June 1st.” “I’d like to be regularly eating 5-7 servings of fruits and vegetables every day by the end of the summer” are two examples of time-based goals. Deadlines help motivate behavior and they keep your eye on the target. This is why large companies often have short-term goals as well as a “five-year plan.” You need to focus on what you’re doing each day, but also need to look down the road to make sure you’re heading in the right direction.

Finally, consider going on record with your goals both to yourself and others. Document your daily behavior and consider telling a few key people about your goals. Why? It enhances your commitment to your goals. Study after study shows that one of the #1 ways to improve your success in losing weight is to write down everything you eat. The accountability factor is certainly one reason, but another is that writing down what you eat is a way of keeping tabs on your behavior. Think about it for a second. Weight loss is actually an outcome measure. It is the end product of your behavior. Losing weight is not a behavior, eating is the behavior…specifically eating less and eating healthier. So if you just kept track of your weight by weighing yourself every day, this would not likely lead to weight loss. It’s changing the behavior of eating that counts.

In the age of smart phones, this is becoming quite easy. There are apps that will calculate the calories in the foods you eat for you and set up daily caloric targets to shoot for. If your goals include exercise, there are now at least 100 products out there that can monitor the number of steps you take, your heart rate, even how many times you rolled over in your sleep!! If you’re really committed to your goals, consider making an investment in one of these products to help you along.

Regarding telling others about your goals, it’s not so much that you need others to keep and eye on you (which can be a negative factor) but that you can gain their help and support to stay on track. Be thoughtful of who you tell, but your closest friends and family can be a big asset. Studies show that when people pursue goals in groups or with the help of others, they are often more successful than those who go it alone. Also, writing your goals down as well as letting others know about your goals makes them more real. If you think about it, a goal is a very abstract concept. It’s not a tangible item. However, when you write your goals down or tell them to others, they become more real.

So, in summary, if you want to have greater success in achieving your New Year’s goals (or resolutions if you must) here is the formula. Write goals that are: Specific, Measurable, Achievable, Realistic, and Time-based. Also, make sure the goals are stated in terms of what to do rather than what not to do. And finally, give strong consideration to writing your behavior down each day and letting others know about what you are trying to achieve. Best wishes for a happy and successful 2015! 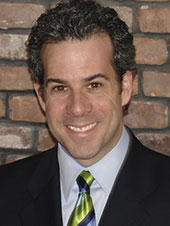 Clinical Psychologist licensed in New York and New Jersey. • Clinical Assistant Professor in the Department of Psychiatry at the NYU School of Medicine. • Affiliate Psychologist at the Langone/NYU Medical Center • Consulting Psychologist to the NYU/Langone Weight Management Program • Affiliate Psychologist in the Department of Psychiatry at Northwell-Lenox Hill Hospital. • Maintains a private practice in Clinical Psychology in Manhattan and Rockland County. Author of the book 'Through Thick and Thin: The Emotional Journey of Weight Loss Surgery.' Dr. Huberman can be reached at 212-983-6225 or at wh@warrenhuberman.com.