I have been overweight all of my life. I was born at 10 LBS 8 OZS, and just kept going from there. In thinking back in trying to pin point everything I think the biggest influence on my life/size was many things. I was the product of divorced parents and neither of them wanted me so I was given (thankfully) to my very loving Paternal Grandparents at the age of 4 months old. My â€œmomâ€ was 42 and my â€œdadâ€ was 65, they were raised and carried forward that mentality of be grateful for what you have because others do not have all we do. So we were feed â€œstick-to-your-ribsâ€ food, large portions, and you must clean your plate. Still to this day, I have that mentality of I must clean my plate, so now I have learned to take small portions.
In 2008 I was up to 350 pounds, started walking and eating better (no soda) dropped down to 280. I was so proud but then I tore my ACL, after the surgery and rehab I was told my blood pressure was up so I better see a medical doctor. At that point in 2009 I found out I had diabetes, high cholesterol, and high blood pressure. I began a long regime of seeing the doctor monthly taking several different pills, eventually doing shots. Nothing was helping. So at the age of 45 (2013), all of my paternal family had developed Type 2 diabetes, very bad uncontrolled cases. Lost my favorite uncle, first he got gangrene in his foot and had to have it amputated, then he went blind, developed dementia, and passed. In April 2013, I got a boil on my bottom that became a bad abscess, they had lanced it twice (painfully) and the infection got into my blood stream. I ended up in the hospital for 3 days and they said that my diabetes was out of control which is what lead to this. I spoke to my primary doctor about the WLS surgery then and he was all for it.
I did lots of research, and selected a center of excellence in Sioux Falls, SD. I thought I had a terrific surgeon and team, however, when I was sleeved, the surgeon punctured a hole in my stomach (unknown at the time) then when getting ready to leave hospital they do the leak test, and I have a leak. First surgery was on a Monday (December 16), second surgery to repair the leak was on the following Friday (December 20). He couldn't find the leak but decided that my gall bladder should come out (honestly believe he took it so he could bill the insurance company for this mistake) so I remained hospitalized from Dec 16, 2013 until January 8, 2014 and nothing by mouth, heavily medicated (dilaudid & valium). Nothing like being out of your mind and missing the holidays. I was so out of it I soiled my bed numerous times, hospital staff seemed to ignore me saying I was being a b***h. I honestly donâ€™t remember much, except thinking that mean squirrels were in my room attacking me at one point, I was so scared I chewed out all of my IVâ€™s and my PIC line. Surgery number 3 came (January 3, 2014) and they flew a specialist in from Minneapolis who was able to find the leak and fix it and double stint me. Double stints caused everything to remain wide open. Sent home with a bed sore on my bottom (the staff did not keep me cleaned up enough, plus hormone changes Aunt Flo came early and stayed for the whole time in the hospital). I was told not to lie down until the stints are removed which would be 8 weeks, and to take liquid oxy for the pain. I was so out of it even at home, to many drugs. Thankfully he ended up removing the stints after only 4 weeks (4th surgery on January 29). Oh and did I mention I was on liquids only while stinted, and in extreme pain. So upon release from the 4th procedure I am told to call the next morning and schedule an upper, I called and his nurse said we will call you when we want you to get it and that was the last time I spoke with his office, they never once called to check on me or anything. The nutritionist that he had on staff that I paid $300 for a yearsâ€™ worth of consultations as insurance wouldnâ€™t cover, well she left his office and I never got that money back, only 1 pre-op visit. Thank God I had insurance it was almost $300K.
Now here I am I have stopped loosing but would be considered a success in their eyes as I lost 60-80% of my excess weight, but never got into the 100â€™s nor my/surgeonâ€™s goal. I am still fighting the battle and hope to learn and lend support where I can. 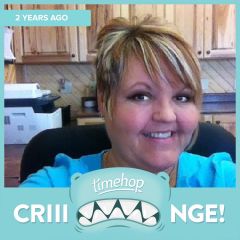 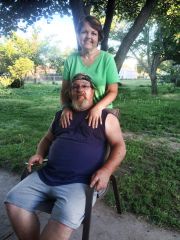