[font=comic sans ms,cursive][size=4]It was 2009...I was dealing with severe bleeding every month. I could not figure out what was wrong. I had gone to the OB/GYN at the clinic and he said to me "Mrs. Houser, Melissa...how old are your children (Me: 3,5,7) you are to young to be this heavy at 34 years old (I weighed in at almost 335 lbs). And if you don't start taking care of yourself you will not see your oldest child graduate from high school." Following that appointment I had an Endometrial Ablasion and a few weeks later attended an Introductory Dinner for Bariatric Weight Loss. I was sold. I was ready. I began working with a Surgeon on the process. I remember taking the Psychological Test...spent almost two hours on it -- all to say that it got me the okay for the surgery. I had a great dietician who encouraged me to no end on what I could do to better my life. I bought myself a Wii Fit Plus and worked out daily for 30 minutes for six months, watching the weight go down each time I stepped on it and eventually added 15 additional minutes and then I began running for an hour and 15 minutes. I was excited as I was seeing such great results and it motivated me to keep going! Almost a year later...On Wednesday, January 12th my Mother and I were in Shopko parking lot when I received a call from the Surgeon's nurse stating that insurance approved and they had a scheduled date for February 4 (3 days after my Momma's birthday, how ironic of being together that day too when I got the call), would I like to take it. I was so happy! My surgery was successful and I felt Redeemed...that I now had a new chance at life! And I feel so much better, physically![/size][/font] 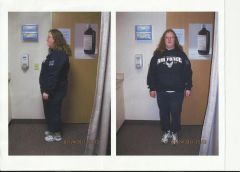 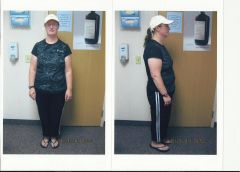