I am 46 year-old mother of four. I have two grandchildren. I first considred WLS in 2007 when I had become frustrated with dieting and decided I needed better tools for losing weight. At that time I needed to complete a 6 month medically supervised weight loss program, take a nutrition class and be cleared by a psychiatrist among other things. I had completed all the steps by December 2007, unfortunately the company I worked for changed health insurance coverage beginning December 1st and the new insurance didn't cover the procedure under any circumstances. So I was encouraged to consider self-pay and either dip into my retirement account or take out a second mortgage for the surgery but I just couldn't take the risk - what if there complications? How would I pay for it? I didn't want to bankrupt my family over it.

Then something happened - my mother-in-law died at the age of 62; at the time she weighed 330 lbs, had uncontrolled diabetes and could no longer walk. It was chilling to think of what lay in store for me if I didn't get my weight under control. So I signed up for Weight Watchers (again) an did quite well. I lost over 80 lbs the first year and even had my son join who promptly lost 50 lbs. By that time my husband decided to join and was losing weight. But by then I was beginning to gain some weight back and when the "new" Weight Watchers program came out I was less than succesful - I gained even more weight the second year. My husband gained as well so we gave up on it. Then I really packed on the pounds and gained all the weight back and then some. I was miserable and my mother-in-law's fate kept worrying me.

Finally I reached out to my health insurance company again and found out that they now cover WLS.

Then the next part of the journey began. I had to find a surgeon. I found one not too far away from my home and attended the requiste informational meeting at which the sugeon basically pushed the lap-band procedure and called RNY"too much surgery" and generally steered patients away from it. I really became alarmed when I first had to discuss the cost before being seen by the surgeon. This surgeon accepted my insurance but wasn't "in network" and instead I was required to come up with over $5000.00 and had to bring several hundred dollars for the first visit. I was apalled - it seemed like such a money making scheme - easy lap-band procedures with lots of follow-up visits for "fills" and the surgeon receives full price because he won't agree to accept "in-network" fees for service. I was shocked. Then I looked at every surgeon in my state that took my insurance and only one was in-network that was within a reaonable distance. He just happened to be the surgeon who brought the RNY procedure using a laproscopic technique to Johns Hopkins University. The fact that he was 'in-network" told me that patient health was more important than him money. His name is Dr. Michael Schweitzer.

When I met with him he asked which procedure i was interested in and we went over the procedure and the risks. We went over my health history and he informed me of the next steps in the process. He required two visits with the nutritionist - one group class and a one-on-one meeting. I was given lots of information about supplements, the various diet stages and plenty of answers to questions. I met with a psychiatrist and because I had two years history with Weight Watchers I didn't need 6 months of a physician supervised weight loss program. It took a month to get insurance approval and a surgery date for two months later.

The surgery went well but the post-op was a bit rough because of all the gas they use to perform the laporscopic procedure. Recovey went very well and I was out of the hospital a couple days later. I recovered at home for three weeks and fortunately was able to work from home part of that time. I did a lot of walking around my house and a lot of napping and stuck to the post-op diet. I had very little pain and only needed Tylenol. The worst part was finding a decent protein shake and it took while. Fortunately Vitamin Shoppe will give a full refund for opened cans of protein powder as long as nearly all the powder is there so I tried several before settling on Isopure.

Now I am 9 months out and have lost 86 pounds and wear regular sized clothing. I couldn't be happier. And the nice thing is that the two years of Weight Watchers really prepared me for the change in my diet. Without it I think the adjustment would have been much more difficult and may account for those patients who later regret the surgery.The most difficult thing for me was giving up caffeine since I am a tea connissour but it's a very small price to pay. Now I carry food with me everywhere I go - just in case I need it (a protein bar, bag of almonds etc.) and I keep a case of Propel zero in my car. I prepare just in case I end up in a situation where I can't eat any of the food and it has come in handy a few times.

I think the biggest thing you have to keep in mind is that when you're fat it seems as if your only problem is to lose weight but losing weight isn't going to solve all your problems and the other ones will crop up once the weight is off and is no longer in the forefront of your life. Personally while I appreciate fully my weight loss journey I don't want it to define me - it isn't all there is about me. But it's an important part of my life right now.

For those of you considring WLS don't let all the negative things you read scare you (they did me). As long as you fully understand and are prepared for what your life will be like after surgery you should be fine. The benefits far outweigh the risks. Good luck on your weight loss journey 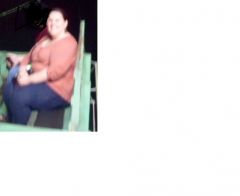 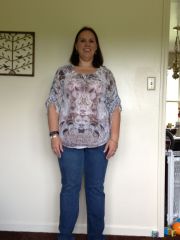