The first time I met George Peters, I knew he would be a record holder, I just didn't realize to what extent!

He had been sufficiently frightened by several chronic health issues he was living with as a result of his weight. And I knew he was ready to defeat the fear and fight back.

While George didn't look like it outwardly, he weighed more than 400 pounds.

With the full support of his family, his took his obesity challenge by the horns (and then some).

George recently shared his personal weight loss journey on Facebook as a way to show where he had been--and where he is today.

He kindly permitted us to share his remarkable story below: 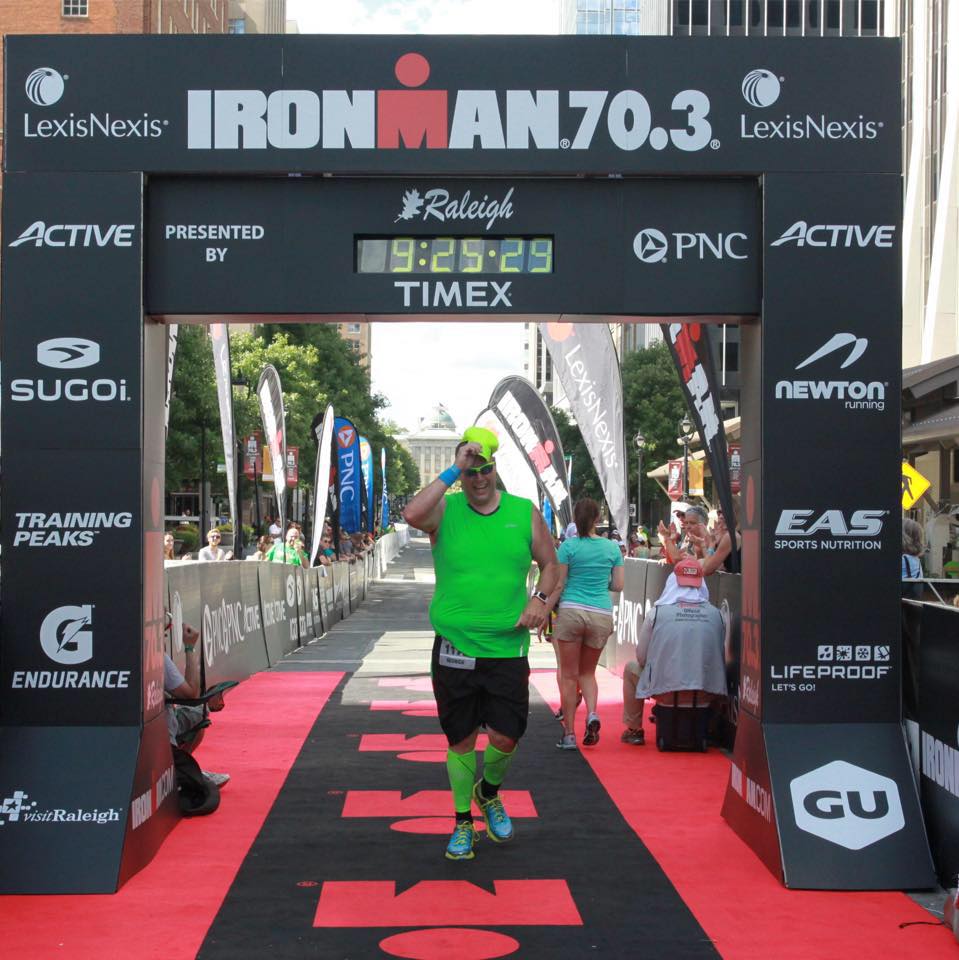 It's one month until my first Ironman in Mont-Tremblant, Quebec and I'm sharing my story of ‪#‎whyweightlosssurgery:

In 2010, I weighed 425 pounds. I was visiting my primary care physician, and he stated that I would need surgery to have an insulin pump inserted into me to control my diabetes.

My realization was that I would probably be dead by age 50, if I didn’t get my diabetes under control.

I had tried numerous diets to control my weight and health problems, and they always started off with success only to surrender any weight loss, to an eventual failure, and an additional weight gain.

I decided that I would have bariatric surgery for weight loss in January 2011. I had gastric sleeve surgery performed by Dr. Ayotunde Adeyeri at Bayshore Community Hospital in Holmdel.

I started running in the fall of 2013 when my daughters convinced my wife and me to have our family run in a turkey trot (5K).

A New Passion for Fitness, Strength and Endurance

I started running and found the workouts to be rewarding. I started cycling again soon after. I hadn’t ridden a bicycle since I was a teenager because I was too big to ride a bike. Soon after my first 10 mile bike ride, I decided to sign up for my first sprint triathlon, in the spring 2014.

During the 2014 year, my performance in three of my four triathlons was affected due to gall bladder problems that eventually led to my gall bladder being removed 5 days after the New Jersey State Triathlon.

2015 has been a year of setting goals and working to achieve them:

My goal for this year is to finish an Ironman. I scheduled multiple smaller events to help me prepare for the Ironman.

Ironman and Triathlon have given me a bright outlook for the future. I now have a goal of being in Kona by the age of fifty. 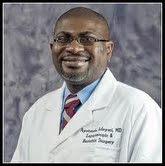 Wow, what an inspirational story! Congratulations to George! An Ironman is something most people cannot even imagine completing! You are an inspiration for your weight loss and athleticism!

Thanks, Dr. Adeyeri, for sharing this story.

Having a job where I can share these outstanding success stories is an honor!