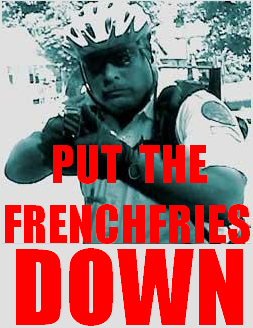 WATCH OUT! The Food Police are watching you, and if they catch you misbehaving, you’ll be dragged off to prison, where you’ll have to subsist on stale melba toast and lukewarm water.

The Food Police are every dieter’s nemesis. They’re relentless and sometimes cruel, and they surround us. You know them. They're the friends, relatives, and coworkers who watch as you eat a meal and say things like, "Should you be eating that?" I actually enjoy dealing with that kind of comment. Depending on my mood and the circumstances, I might give a mind-your-own-business answer ("What's it to you?") or I might say, "So, where did you get your degree in nutrition science?"

The existence of Food Police implies that there are some hard-and-fast Food Laws that the Food Police enforce as they prowl the weight loss community, maintaining order and detecting crime. Although I wouldn't want the job of a police officer, I know the police are necessary, and I believe that without them, chaos and anarchy would probably ensue. But in the world of weight loss, there are at least a thousand sets of Food Laws, and they change by the moment according to whatever new scientific discovery or not-so-scientific fad is being publicized. If you listened to every member of the Food Police, you'd probably end up feeling like a citizen of a Police State, where the police not only enforce the law but create it. That's truly a scary thought.

I can snap out smart-aleck responses to Food Police interrogations all day long, but I'm not always so clever at dealing with the special squad of Food Police who live inside my brain, monitoring every bite of food, every minute of exercise, every food choice, every ounce on the scale. They've been there a long, long time. The summer I turned 14, when wearing a cute bikini was the most important goal in my mind, I kept a food log and graded every bite of food I took. I knew that a chocolate donut had 310 calories, and since that was one-fourth of the total calories I had allotted for each day, that donut got a low grade. I knew it was a "bad" food choice, so I decided to eat only a quarter of a donut (77.5 calories) for breakfast at 8:00 each morning, but since I'm a notorious Food Criminal, I'd end up eating another donut quarter at 8:30, and another at 8:45, and the last at 9:00, at which point I would view the empty donut box with deep regret and the three empty hours until lunch time with deep dread. That was not a happy summer for me and the cute bikini I sewed for myself would have caused the Fashion Police to arrest me if they'd been out cruising our neighborhood.

The Food Police can make us miserable, it's true, but can we live entirely without them? One of the lifestyle changes I committed to when I had bariatric surgery was to make a sincere effort at making good food choices from now on. Since I don't have a degree in nutrition science, I decided to follow my bariatric nutritionist's Food Laws. I think highly of Susan but as the months went by, I realized that succeeding with the band actually involved several types of "good" food choices. The two most important categories for me are:

The pre- and post-op nutrition classes Susan conducted emphasized food choices and behaviors that would support good health ("nutritious") and prevent eating problems (like stuck episodes, PB's, sliming), but I don't recall any mention of eating for satiety. Susan is a smart lady but she's not a bariatric patient, and I learned gradually, through trial and error, that food consistency could turn a "good" food into a "bad" one in the satiety sense. For example:

2. Baked chicken is "good" while chicken salad is "bad".

5. A granola bar is "good" while a bowl of cooked oatmeal is "bad".

Provided that all of the foods mentioned in the examples above are prepared in a low-fat, low-sugar manner, all ten of them are nutritious, but only five are good food choices in terms of satiety. How so? Solid food has the greatest chance of triggering the nerves in your upper stomach to register satiety and send a "had enough" message to your brain via the hormone called leptin. Soft and slippery foods, no matter how "healthy", can't be relied on to do that job.

I've also learned that appropriate enforcement of band food rules needs to be adjusted on almost a daily basis, because on Tuesday morning I can eat 2 cups of cottage cheese while on Wednesday afternoon I can eat only 2 tablespoons of it. As a result, I not only have to constantly monitor my body and my eating (which is not such a bad thing), I have to continually amend my Food Laws.

The variability of restriction is one of the most perplexing things about living with the adjustable gastric band. It can be downright infuriating. But consider the alternative. The alternative is the way I ate and lived pre-op. I could and did eat anything I wanted, in any quantity, at any time of day. Three chocolate donuts every morning, three pounds of shrimp every afternoon, a gallon of ice cream every night. The price I paid for those food choices was obesity and all the painful, humiliating, and frustrating side effects and limitations caused by 90+ extra pounds on my short body.

YOUR ASSIGNMENT, SHOULD YOU CHOOSE TO ACCEPT IT

Do you have Food Police in your life? Who's wearing that uniform? A spouse, parent, coworker, friend or neighbor? Are they truly qualified to judge your food choices? How do you respond when they try to force a food law on you?

And what about the Food Police inside you? What are they telling you every time you take a bite of food? Do they chastise you, or do they sometimes give you a good citizen award? Do you listen to them, heed them, ignore them, defy them?

Make a list of 3-5 Food Laws that structure your post-op life. Are they serving your health and weight loss needs? Or do they need amending? Can you do that by yourself, or do you need the help of a professional, like a nutritionist or a counselor?

At almost 5 years post-op, I still have my own in-house (so to speak) Food Police, but they're not as strict and punitive as they used to be. I keep them on the job because I'm so good at justifying the worst eating behavior and I sometimes need them to say, "Hey, hey, hey, little lady! What do you think you're doing? You know better than that!"

The Food Laws that structure my life are:

Did I really say "eat for pleasure"? I sure did. But that's a topic for another article!

Jean McMillan is the author of BANDWAGON, Strategies for Success with the Adjustable Gastric Band, and BANDWAGON COOKERY (from 9 Dogs Howling Publications). Buy the books here. Kindle versions now available on Amazon! Contact Jean at: jmcmillan159@gmail.com

Thank you very much for posting this.As a newly banded person I strugle with the constant glares from my partner who says honey.. did you over eat or have you eaten to much when ever I touch my stomach .. it could be because i have an itch or i am just getting to know this foregin object in my stomach or perhaps i have eaten to much or maybe not enough. I havent had a fill yet but do have some restriction and what i have and am learning is that not matter what I eat if it does not fill me up I will be eating again in a half hour anyway so I am going to eat good foods that stick with me for hours that might be higher in calories but in the end its better because I eat less overall during the day because I am fuller longer. This WLS journey is a peronal one and one that is expensive and dramatic and none of us start out to fail. Thank you to the supportive food lovers in my life but back off ... I didnt put it on in 1 day and it wont come off in 1 day. I think me and my honey maybe having a talk to day lol.. thanks again for the post I hope others read your wise well written words. 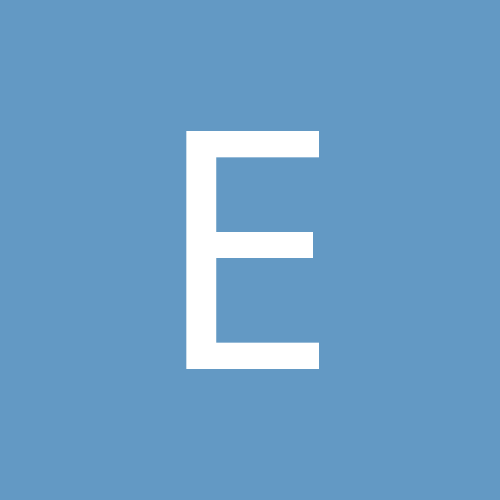 it be hard for me to say "what is it to you?" or "So, where did you get your degree in nutrition science?" when i work with dr's, PA's and a nurtritionist lol lol

Elysabeth, with the doctors, PA's and nutritionist, you might be better off saying, "You could be right," then smile serenely and go on eating. Or say, "That reminds me" and go on to talk about something entirely unrelated.

thank you !!! that was wonderful and yes, I know all of the people you described. I don't want any of them to disappear but I want to grow with their comments, not be shamed as I used to be. my relationship with the Lord has helped me with this new life I have started to live, I am very grateful...