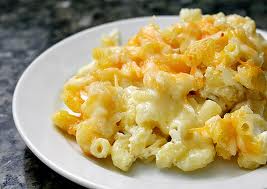 ******INSTRUCTIONS POST SURGERY: 24 HOUR LIQUIDS ONLY. TWO WEEKS: SOFT FOODS ONLY. TWO WEEK FOLLOW UP. FIRST FILL IN FOUR WEEKS.******* THREE DAYS AFTER SURGERY: YES IM SO HAPPY! I FINALLY GET TO EAT FOOD! ALBEIT SOFT FOODS ONLY! Well no one warned me I may get too happy. First sign of hunger was an experience. My stomach woke me up out of a solid sleeping session. I thought maybe I was snoring until I actually heard my stomach growl. What do I have to eat is my first thought: I have apple sauce, mac and cheese, mashed potatoes, oatmeal, orange sherbet, steamed vegetables, baked tilapia, pudding, and of course protein shakes available. I am excited: so I decide I am going to have a piece of fish, some mac and cheese, and some mashed potatoes. A few hours and much moaning later, I have learned a full meal is not going to happen FOR A WHILE. Okay so next growling session, I have mac and cheese and potatoes. A few more hours and groaning sessions later, two starches are not an option. SO, next time I have a piece of fish - only. This seems to do the trick. However, I am surprised I am hungry again three hours later. This time I have a protein shake and go to bed. Next day, I am starving again, this time I think I have it under control. I am going to eat oatmeal. So I have a pack of Maple and Brown Sugar and a pack of Apple Cinnamon. Yea, that didn't work either. Next, I try just a scoop of mashed potatoes. That seemed to work. Later I had orange sherbet popsicle and some fruit. This seems to work. So next I try the cabbage my mom cooked ( although she warned me that it would probably cause me gas). So, I get two big spoons full and some potatoes. Many hours and LOTS of moaning later, Cabbage not good and small portions only. What have I learned from all of this. One: The three big meals a day - NOT Going to happen. Two: I will be hungry more often and that is not only to be expected but its a good thing - my metabolism is working as it should. Small portions are the way to go, and each portion should not contain two of the same thing. No double portions of starches .....LOL. What am I doing now: One small portion (a small cup) of meat, one small portion of fruit, one small portion of oatmeal, one small portion of vegetable, and one small desert - spread throughout the day. For the late night URGES --- A PROTEIN SHAKE. Learn from my mistakes. Don't get super excited. It wont pay off in the end.
Sign in to follow this
Followers 1